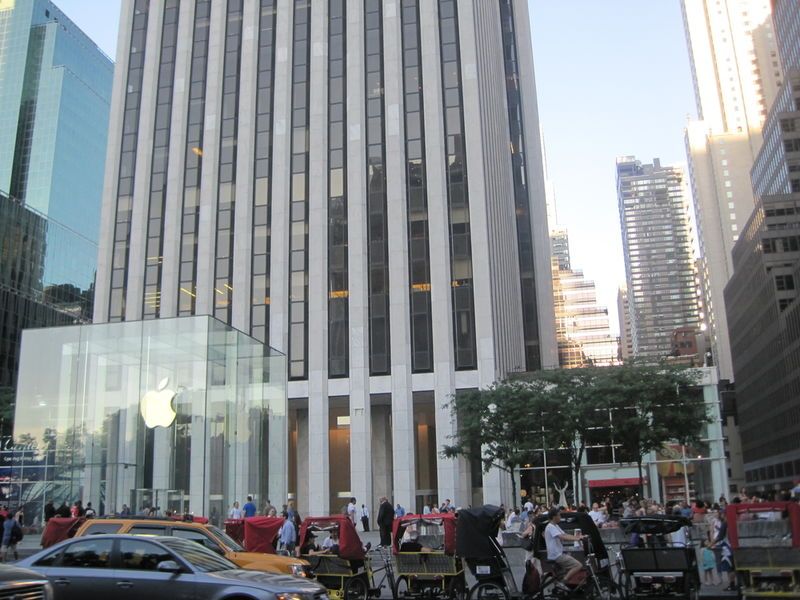 Daniel Johnson — September 12, 2019 — Business
References: apple & hypebeast
Share on Facebook Share on Twitter Share on LinkedIn Share on Pinterest
Apple's Fifth Avenue store will serve as the company's most prominent retail location, and it has been undergoing renovations since April of 2017. However, now the Apple fifth avenue store was recently revealed. Most notably the exterior of the store is created using glass, which reflects to present different colors.

The building is currently 32 square feet, and Apple is still performing renovations on the building. Notably, Apple is attempting to expand the building's square footage to 77 square feet. Some estimates of the cost of the renovation are around $2-million USD, however, contractors working on the project have signed non-disclosure agreements.

The project was initially scheduled for completion in 2018, but Apple has since not released a revised opening date for its flagship store.