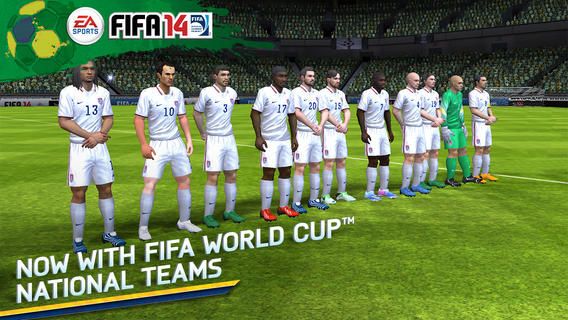 The FIFA 14 app is like a condensed version of EA's FIFA 14 games for Xbox and Playstation, but this pocket-sized version is loaded with options and best of all, it's free to download. In the app, there are 33 leagues, 34 stadiums and over 16,000 players to build your fantasy lineup from.

In addition to modes like Manager, Tournament and Kick Off, FIFA 14 also lets you connect with other players and challenge friends in online multiplayer modes. Since the World Cup has a following across the world, for the first time, the app is also offering commentaries in multiple languages, including English, French, Italian, German and Spanish.
4.3
Score
Popularity
Activity
Freshness
Get Trend Hunter Dashboard