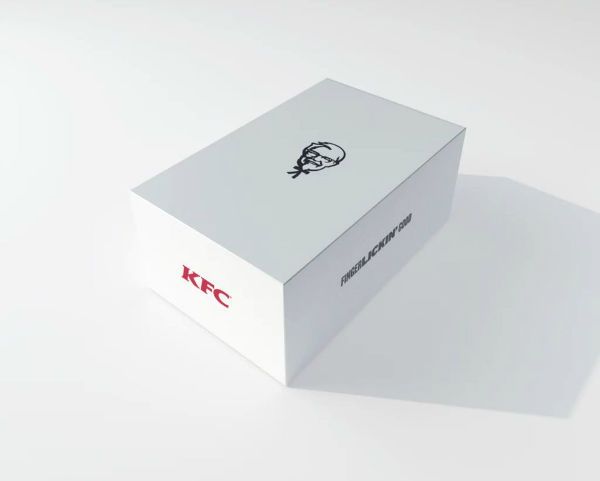 KFC Tags Apple in This Incredibly Relevant Video on Twitter

Kalina Ned — September 12, 2018 — Marketing
References: twitter & designtaxi
Share on Facebook Share on Twitter Share on LinkedIn Share on Pinterest
With the recent hype of Apple's new range of tech products, restaurant franchise KFC flaunts a humorous fast food commercial that definitely benefits from the momentum of the leaked news. The publicity stunt is a video on Twitter that boasts minimalist Apple aesthetics with fried chicken charm. Essentially, the ad depicts a sleek iPhone-like box but instead of the expected bitten apple, the packaging features the familiar face of Colonel Sanders.

The fun-poking fast food commercial depicts the opening of the pristine, perfectly rectangular box but instead of an iPhone, the ad reveals a fried chicken drumstick. Without a doubt, this is a highly engaging and interesting form of branding, given the pop culture favoritism toward Apple and the relevance of the leaked news which has proven to be of extreme public interest.
6.9
Score
Popularity
Activity
Freshness
View Innovation Webinars