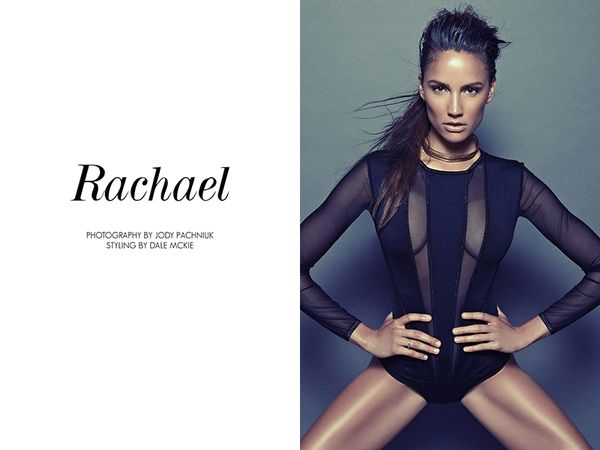 Meghan Young — May 15, 2014 — Fashion
References: jodypachniuk & fashiongonerogue
The Fashion Gone Rogue 'Rachael' online editorial may be sleek and sensual, but the outfits will bring to mind a powerful female exec. As sophisticated and fierce as they are sexy and skin-revealing, the looks have a femme fatale quality about them that women wish they were born with. Yet as striking as the outfits are, the confidence of the model takes them to new heights.

Shot by photographer Jody Pachniuk, the Fashion Gone Rogue 'Rachael' online editorial stars Australian personality Rachael Finch. The beauty pageant title holder and television reporter has an impressive resume, which gives her the strong attitude to pull these looks off. She was styled in sheer bodysuits and sharp blazers by Dale McKie.
6
Score
Popularity
Activity
Freshness