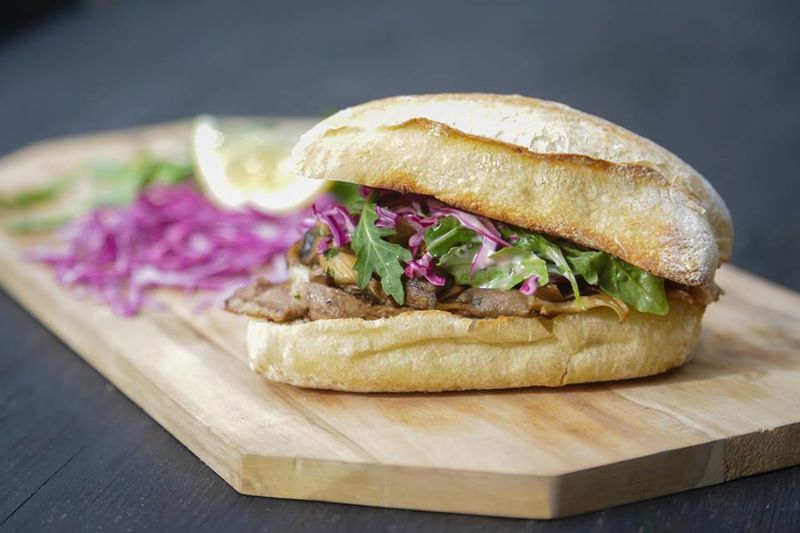 Joey Haar — November 22, 2016 — Lifestyle
References: famo & fervid
Share on Facebook Share on Twitter Share on LinkedIn Share on Pinterest
Generally speaking, sandwiches are a safe and simple lunch option, but FAMO Sandwich Creations is a restaurant devoted to pushing the boundaries of what makes a sandwich. The Toronto restaurant offers menu items that are meant to appease daring and adventurous gustatory explorers, putting uncommon ingredients between slices of bread.

For the most part, FAMO Sandwich Creations' interesting ingredients are carnivorous. But while the animal of choice isn't usually spectacular, it's the cut that is likely to catch diners' attentions. For instance, 'The Six' is one of the base menu items, and it features slow-braised beef tongue served on a French baguette. Another sandwich, 'Cheek and Bun,' is made with beef cheek. Other ingredients include swordfish, pork shoulder, and braised oxtail, which will rotate throughout the restaurant's daily specials.
4
Score
Popularity
Activity
Freshness
View Innovation Webinars