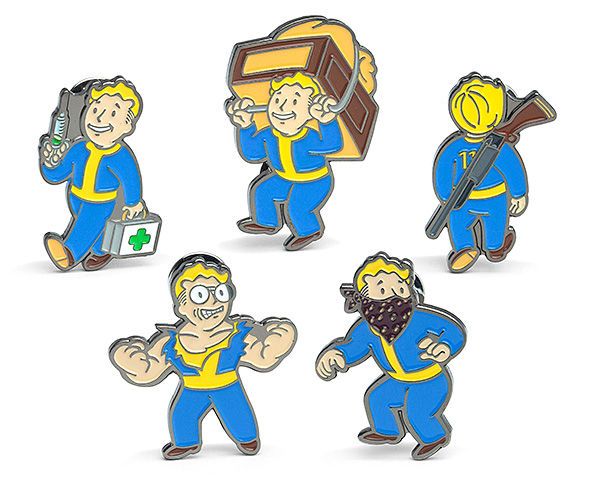 All of the five pins feature Vault Boy, from the Perk Chart in the game. The cartoon character functions as a mascot for the Vault-Tec corporation within the universe, and appears throughout to feature in advertisements, training films, manuals, and more. The character is also used to represent the stats that players can build within the game, and often turns up when they reach new achievements. It's for this reason that the Fallout pins from ThinkGeek show Vault Boy doing various tasks. The retailer names the pins in reference to this, with "Medic, Lone Wanderer, Strong Back, Sneak, and Nerd Rage" versions all available.