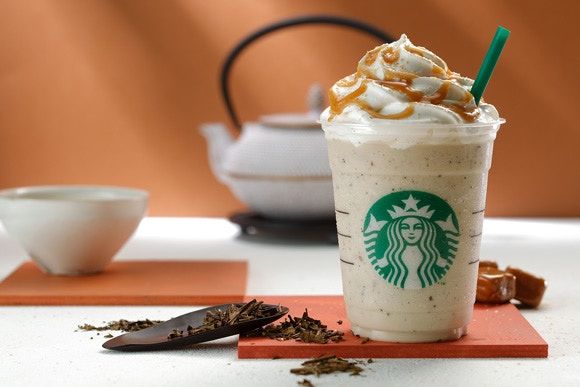 The daring new flavors include the 'Grapy Grape and Tea Jelly Frappuccino,' as well as the 'Grapy Grape and Tea,' and a 'Hojicha Cream Frappuccino.' The grape variations feature a fruity pink colorway, that's said to be as delicious as it looks, helping the drinker to reminisce on the sweet scents of the summer. The Hojicha Cream drink maintains a more seasonal aesthetic, as its green tea leaves are toasted prior to brewing, resulting in a full flavor profile that contains warm and rich spices.