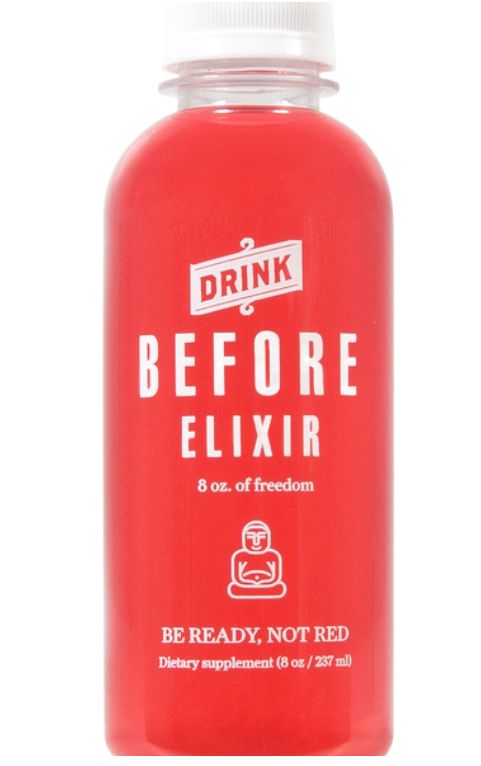 'Before Elixir' is Designed to Prevent Alchol-Induced Facial Redness

Katherine Pendrill — May 27, 2015 — Lifestyle
References: beforeelixir & trndmonitor
Share on Facebook Share on Twitter Share on LinkedIn Share on Pinterest
'Before Inc' has just released a line of beverages called 'Before Elixir,' which are designed to fight alcohol-induced facial redness. Many drinkers suffer from 'Alcohol Flush Reaction,' which means they possess a different form of the enzyme used to metabolize alcohol causing them to process alcohol significantly faster than average. The result is a buildup of acetaldehyde in the liver, which leads to facial flushing among other uncomfortable symptoms.

Before Elixir is a natural way to prevent the facial redness caused by drinking. The drink contains a distinct combination of vitamin B, mangosteen, amino acids and plant extracts, which slow down the buildup of acetaldehyde in the liver and reduces facial flushing by over 60 percent. For maximum effect, an eight-ounce bottle must be consumed at least an hour before drinking or after every three drinks.
2.7
Score
Popularity
Activity
Freshness
Get Better and Faster