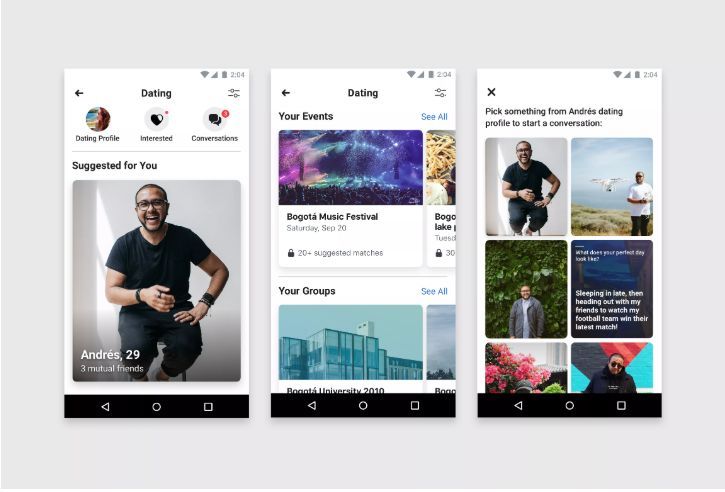 Justin Lam — September 26, 2018 — Tech
References: techcrunch & cnet
Share on Facebook Share on Twitter Share on LinkedIn Share on Pinterest
First announced in May 2018, the Facebook Dating feature has officially launched but is currently limited to users living in Colombia. Available on September 27, 2018, the new dating feature will allow users to create dating profiles and eventually meet and match with other users. In its early stages, Facebook Dating will only allow users to create profiles until it believes it has garnered enough profile information from its users.

Unlike other dating apps, such as Tinder or Bumble, the Facebook Dating feature does not employ any swiping. Instead, users will have to scroll through a person's profile and tap to indicate interest. The app will only show people a user is not Facebook friends with and instead takes advantage of the larger collective Facebook network.