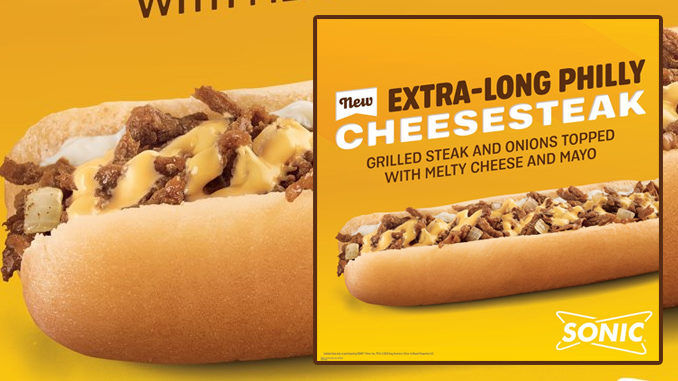 Katherine Pendrill — July 30, 2019 — Lifestyle
References: chewboom
Share on Facebook Share on Twitter Share on LinkedIn Share on Pinterest
For those who find themselves still hungry after a classic six-inch sandwich, Sonic's new Extra-Long Philly Cheesesteak may be just the right size meal. Not only does the new sandwich feature a bigger bun, but it has even more meaty, cheesy goodness inside.

Sonic recently began offering its Extra-Long Philly Cheesesteak at select locations, alongside a smaller 6-Inch Philly Cheesesteak. The extra-long version appears to be similar to the Classic Footlong Philly Cheesesteak the chain originally debuted back in October of 2018, and consists of a warm bakery bun filled with grilled steak and onions, melted cheese, and mayo. The smaller version contains the same toppings, but in a soft and fluffy six-inch bun.