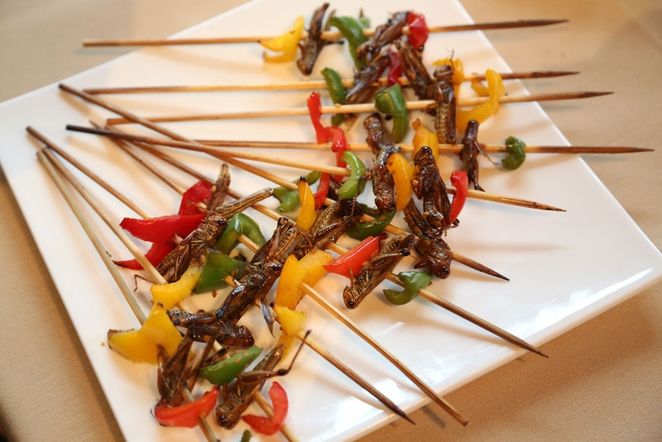 This Year's Explorers Club Dinner Features a Feast of Bugs

Laura McQuarrie — March 21, 2015 — Eco
References: davidgeorgegordon & treehugger
Share on Facebook Share on Twitter Share on LinkedIn Share on Pinterest
Annually, the Explorers Club hosts an awards diner in honor some of the most adventurous people on the planet. Last year, Elon Musk was counted among the honorees and at the 2015 event, Neil deGrasse Tyson will receive the club's highest honor. Truly in the spirit of adventure, the club will feature an unusual feast courtesy of famed Bug Chef David George Gordon. In light of population issues that are set to devastate the planet in the coming future, especially as it comes to the availability of food, edible insects are sustainable and great sources of protein.

Those who are forward-thinking enough to embrace bugs as a new food source will be able to enjoy appetizers like teriyaki grasshopper kabobs, bacon-wrapped crickets served with a spicy Sriracha sauce and deep-fried tarantulas. While creations like cricket flour cookies may be more palatable for those who eat with their eyes first, these creations highlight the use of bugs rather than concealing their forms.
3.3
Score
Popularity
Activity
Freshness
Attend Future Festival