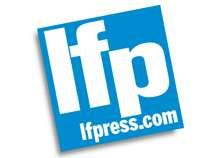 The article goes on to dip into Gutsche’s successful past at Capital One and what led him to the Chief Trend Hunter role he currently plays.

Check out the full article below.

Sum Up Your Goal in 7 Words

GETTING CONNECTED: Giving up Bank Job a Gamble That Paid Off for Jeremy Gutsche
By ALLISON GRAHAM

What’s the common link between baby toupees, the eighth day of God and half-suits?

For starters, roars of laughter from the crowd at last week’s Tech Alliance conference Gearing Up for Growth. Another common thread is keynote speaker Jeremy Gutsche, chief trend hunter at TrendHunter.com and author of Exploiting Chaos.

At first glance of his credentials - he’s earned an MBA from Queen’s University and is a chartered financial analyst - one would not expect designing a Pac-Man named Culture who eats “Strategy” for breakfast would satisfy such an accomplished entrepreneur, but it seems the 31-year-old Torontonian is amused by the simple things in life.

So how does a fellow working for Capital One turn into one of the world’s most recognized trend finders and becomes an Internet sensation with millions of hits?

As business owners and entrepreneurs, you may think it’s a long tale of trials and tribulations, but really, he claims it’s just the natural progression from picking jobs that would give you the most exposure and skills; an entrepreneurial desire and loving what you do so much that the hours spent become secondary.

Gutsche’s most difficult decision was whether to leave the security of a bank job to build a business. He knew he wanted to be an entrepreneur and thought originally trendhunter.com would be a forum to exchange ideas and find an idea for a company he could build in the future - apparently he’d already found it.

When asked if he would recommend other budding entrepreneurs take the same leap of faith, he recommends a more modest approach before quitting your day job. He built his business in his spare time and then cut down to a four-day work week that allowed more mental capacity to be allocated to the company’s development.

In tough economies sometimes there is no choice but to launch a company and make it successful. Gutsche was quick to reference the number of Fortune 500 companies that were launched during times of economic turmoil, which could give hope to any entrepreneur in the room.

It’s in times of change and chaos when individuals and companies shift their mindset to look at what they’re buying and how they’re buying it. It’s essential to find your micro niche not yet on the mainstream radar - that’s where the opportunity exists.

Once a person finds a product or service completely irresistible to a specific group, Gutsche recommends entrepreneurs be crystal clear about what they offer.

It should only take seven words to answer the question, “Specifically, what are you trying to do?” To say “you own a business” or a “dot-com” won’t give you the wow factor or make connections remember you. Both are required to build a substantial network and find success as an entrepreneur.
2.4
Score
Popularity
Activity
Freshness
Get Better and Faster