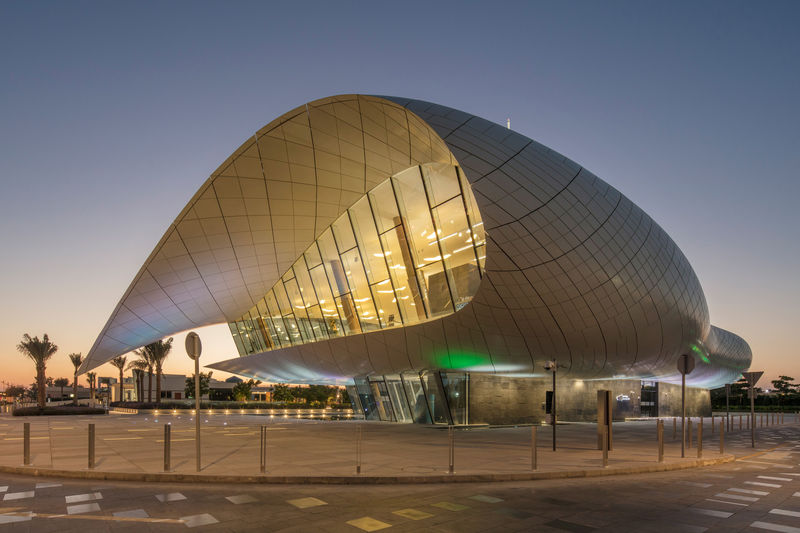 Joey Haar — December 29, 2017 — Art & Design
References: archdaily
Though the region that is now the United Arab Emirates has a rich and ancient history, the UAE is a relatively young state, and the Etihad Museum pays homage to the process that created the modern day nation. The dramatically designed museum houses the official document that conferred statehood on the modern UAE, and it also celebrates the rich cultural history that got the nation to that point.

The boldly folded facade of the Etihad Museum is clearly its signature design feature, but it actually disguises the bulk of the museum. Most of the displays inside the museum are underground, as the sensitive documents need to be very carefully controlled against the heat and dryness that's the sole natural feature of Dubai.
5.1
Score
Popularity
Activity
Freshness