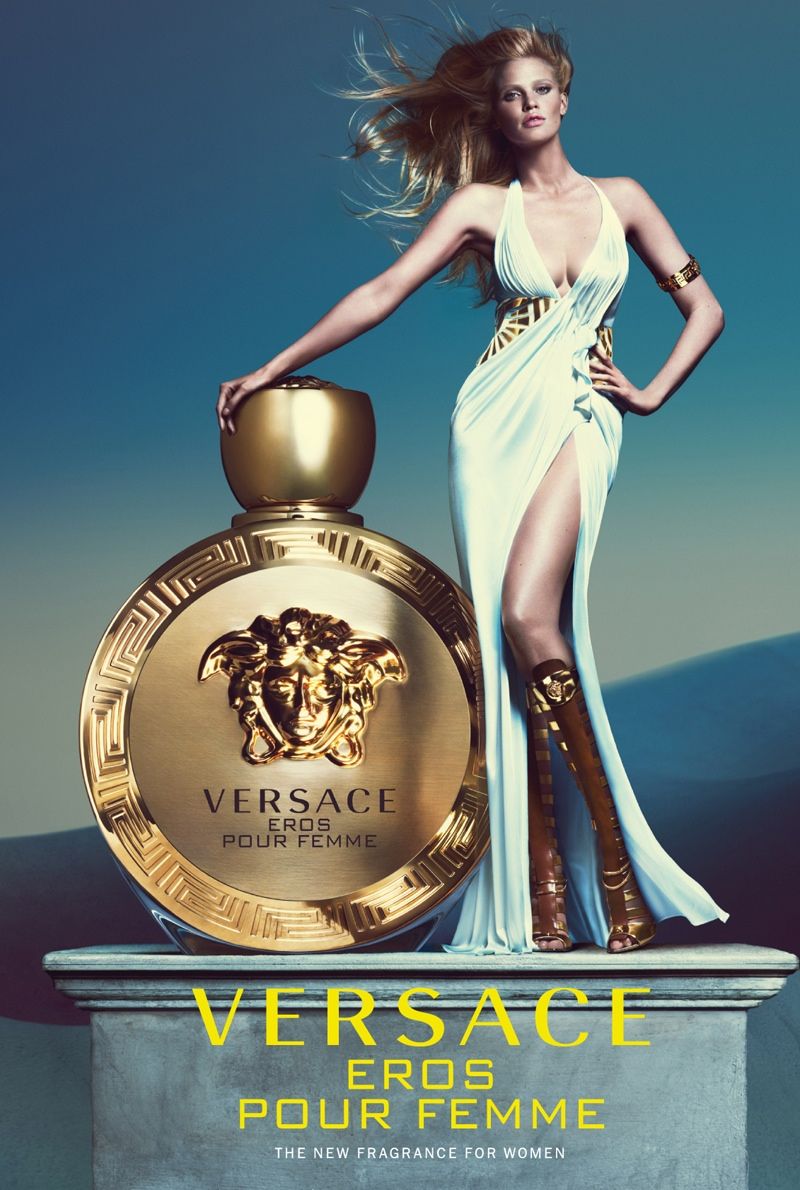 Meghan Young — November 25, 2014 — Fashion
References: versace & fashiongonerogue
Share on Facebook Share on Twitter Share on LinkedIn Share on Pinterest
Model Lara Stone is a goddess in the Versace Eros Pour Femme ad campaign. Complementing the all gold bottle design, which is imagined to be almost bigger than she is in the image, she is clad in a draped dress and gladiator boots that would be worthy of any being on Olympus. Considering that the Eros Pour Femme fragrance is the highly anticipated female version of the male cologne, which was launched two years ago, it is only natural it would feature a strong persona.

Shot by photography duo Mert Alas and Marcus Pigott at their Pinewood Studio in London, the Versace Eros Pour Femme ad campaign is captured on a pedestal as befitting both the blonde beauty and her scent. The latter is made up of lemon, jasmine, sandalwood and peony notes.
4.6
Score
Popularity
Activity
Freshness
View Innovation Webinars