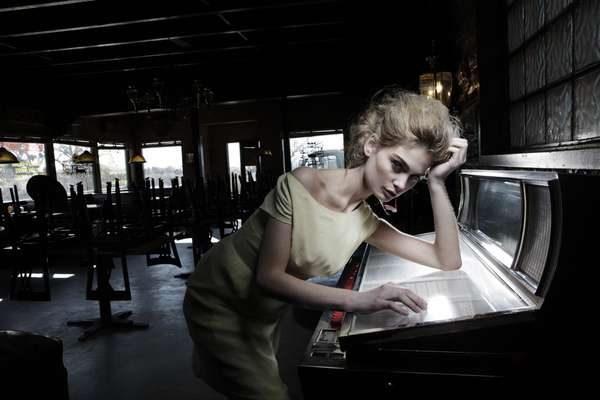 Meghan Young — March 9, 2011 — Fashion
References: fandf.org & behance.net
The Episode Finale Dance photo series seems to shape the story of a bored performer and her equally bored daughter. That, or a failing performer who has lost all hope for a better life and future, and is coming to terms with the unattainability of success and fame.

Photographed by Bj Richeille, the Episode Finale Dance photo series does succeed at telling this tale formidably. A well-executed photo shoot, it was shot just an hour outside of Los Angeles at the Four Aces movie location that is comprised of a classic route 66 diner, weathered gas station and 1950s motel.