Educational Culinary Board Games
Next
Set of
Related
Ideas 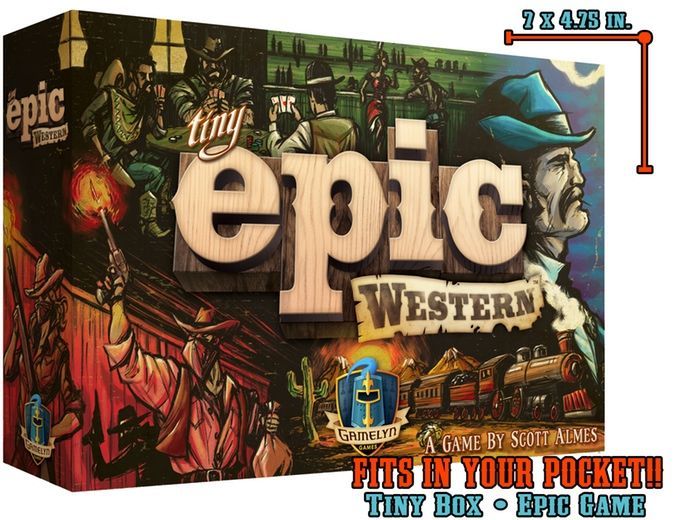 Michael Hemsworth — January 29, 2016 — Life-Stages
References: kickstarter & geeky-gadgets
Share on Facebook Share on Twitter Share on LinkedIn Share on Pinterest
Launched by Gamelyn Games on Kickstarter and already at a whopping $340,000+ of funding, the 'Tiny Epic Western' board game promises epic fun in a compact design. The card-based game enables players to partake in a 30-minute round with one to four players, which helps it appeal to a variety of different players.

Incorporating elements of classic poker, settlement games and investment principles, the 'Tiny Epic Western' board game enables players to partake in a round without having to clear their schedule. The fun, interactive gameplay invites players to a world akin to the old west where poker, settlement and duels reign supreme.

The 'Tiny Epic Western' Kickstarter campaign enables supporters to choose from a wide variety of options ranging from the print and download option, to deluxe editions.
1.8
Score
Popularity
Activity
Freshness
Get Better and Faster