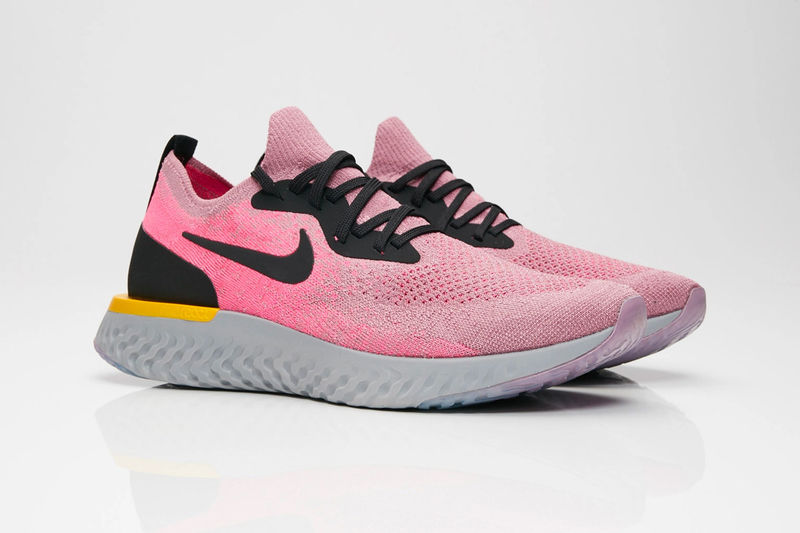 The colorway combines hues of bubblegum pink with accents of black and a hint of yellow, which appears on the backs of the heels in a minimal fashion to offer a touch of contrast. The sneakers are finished off with clean white soles, which have their color reflected in components on the uppers as well, with bits of white included in the lightweight knit material.

The new Plum Dust Epic Reacts are available now from Nike stores, as well as from participating retailers, with a pair costing approximately $150 USD.