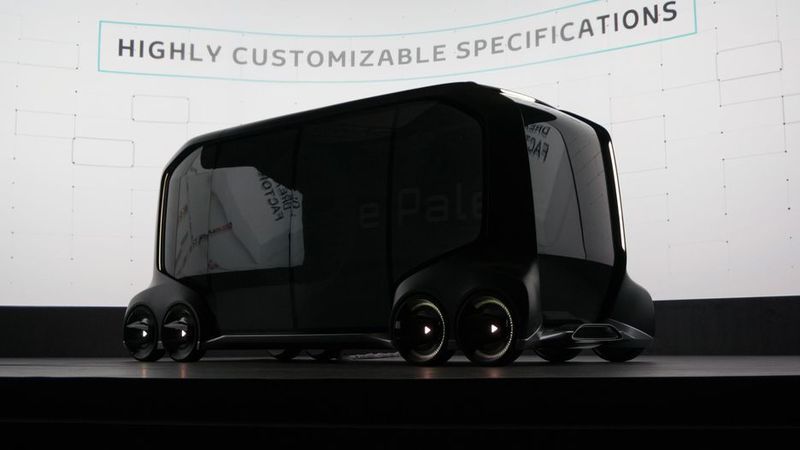 Justin Lam — January 8, 2018 — Autos
References: theverge & cnet
Share on Facebook Share on Twitter Share on LinkedIn Share on Pinterest
The focus of self-driving vehicles seems to mainly focus on replacing the driver, but Toyota recently unveiled its 'e-Palette on demand' vehicle meant to serve as an autonomous solution for business applications. The e-Palette debuted at CES 2018 and was introduced by Toyota President Akio Toyado. The self-driving vehicle is meant to serve as a fully automated service vehicle, capable of working as a full service retail shop, showroom and mobile office that can transport on demand. Toyota hopes that the vehicle will be quickly adopted as several e-Palette's could be used to form on-demand malls, medical clinics and entertainment hubs.

Not only will the e-Palette be fully autonomous, but it will also be fully electric and powered using proprietary Toyota autonomous technology. However, Toyota is open to allowing partner companies to run their own self-driving software. During the unveiling of the e-Palette, Akio Toyado explained that the e-Palette on demand services will debut at the 2020 Olympics. Toyado further explained that an alliance of partners had already been established, known as the e-Palette alliance, and includes Amazon, DiDi, Uber, Pizza Hut and Mazda.
6.8
Score
Popularity
Activity
Freshness
Access Advisory Services