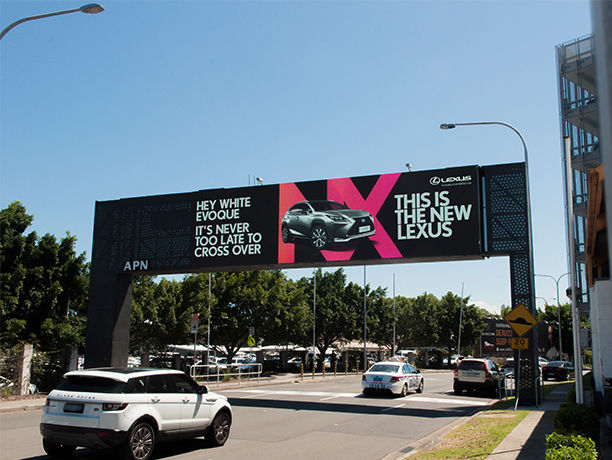 Laura McQuarrie — March 19, 2015 — Autos
References: mcsaatchi.au & digitaladman
Share on Facebook Share on Twitter Share on LinkedIn Share on Pinterest
Pushing the limits of what smart billboards can do, M&C Saatchi Australia set up an engaging marketing stunt for Lexus. Employing direct messaging, billboards on the road were set up to call out specific drivers in competitor's cars. For instance, upon approaching the sign, the message would change to read: "Hey white Audi driver, it’s time to Crossover. This is the New Lexus NX."

Rather than delivering a one-size-fits-all style advertisement, this is a fun way to catch the eyes of drivers who are used to seeing the same kind of boring billboard ads. As well as responding to a driver's car type, the billboard was also capable of making quips on the weather, such as: "Hey black Mercedes driver, the heavens have opened."

In terms of the magic behind this smart billboard, it involves cameras on high rotation, which send images to a database that automatically matches models, color and other variables to the vehicles of Lexus' competitors.
2.3
Score
Popularity
Activity
Freshness
Access Advisory Services