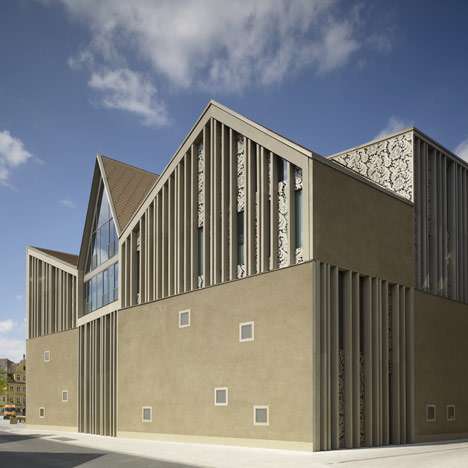 Adding more areas to be used for workshops, rehearsals and administrative facilities, the theater extension was designed so that the distances between each department are the shortest possible. The architects point out, for instance, that almost all the workshops are directly linked to the stage areas, rehearsal rooms and stores.

The theater extension to the Elsbethen Site features a variety of interesting architectural accents, including metal lace, separated by thin concrete pillars, around the exterior. Further, according to Dezeen, "a mixture of both steep and shallow gables frame the roofs of each of the three buildings."

In addition to the theater, the Elsbethen Site comprises a medical center as well as a commercial block, which includes retail stores, cafes and offices.
1.8
Score
Popularity
Activity
Freshness
Attend Future Festival Virtual