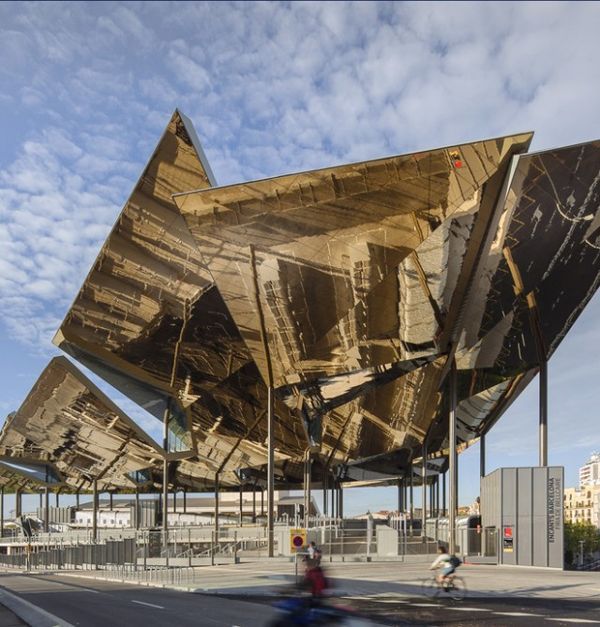 Meghan Young — December 6, 2013 — Art & Design
References: b720 & fubiz.net
Share on Facebook Share on Twitter Share on LinkedIn Share on Pinterest
The Els Encants Vells pavilion is a stunning feat of architecture that revolves around golden 'leaves' that sprout outwards as though it were some kind of metallic tree. Of course, these leaves are much larger than what would be found in nature. Strikingly sculptural, it is almost akin to Cloud Gate in Chicago, more commonly known as 'The Bean.' That is because the Els Encants Vells pavilion also has a reflective surface that people could stand under for hours transfixed.

Designed by b720 Arquitectos, the Els Encants Vells pavilion is located in Barcelona, Spain. It was created for the Market dels Encants. According to their website, it "becomes a reflection mechanism of the city into the market. Each structural module will have different inclinations to reflect light, atmosphere and landscape."
1.7
Score
Popularity
Activity
Freshness
View Innovation Webinars