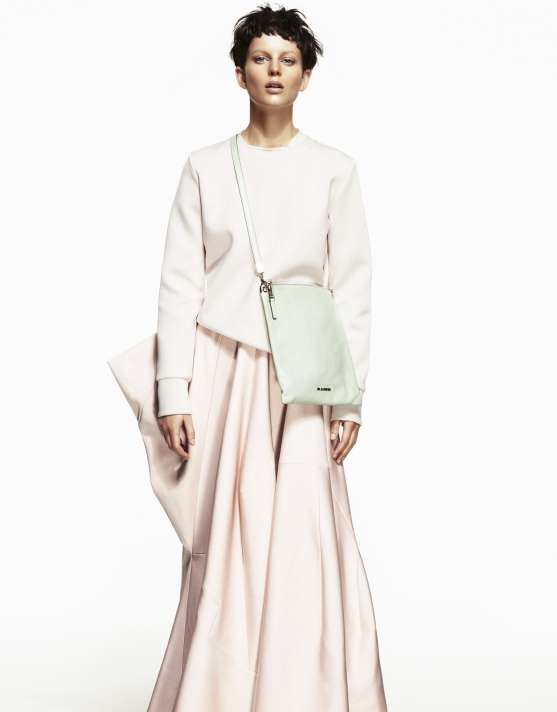 Meghan Young — August 30, 2012 — Fashion
References: elle.se & fashiongonerogue
With fall and winter just around the corner, at least for those residing in the Northern Hemisphere, many people may already be slowly transitioning into a darker wardrobe; but the ELLE Sweden September 2012 editorial shows that doesn't have the be the case. Cool colors and pale pastels can still be worn during the colder seasons, helping people to retain their happy, summery mindframe even as the days get shorter.

The ELLE Sweden September 2012 editorial was lensed by Andreas Öhlund, a photographer based in Stockholm. It stars model Ellinore Erichsen. The short-haired beauty was outfitted by stylist Lisa Lindqwister in a modern wardobe boasting relaxed sophisticated silhouettes. From long coats to slouchy pants, the ensembles are as easy and breezy as the bright hues used. Hairstylist Erika Svedjevik and makeup artist Ignacio Alonso finished the looks.
3.7
Score
Popularity
Activity
Freshness