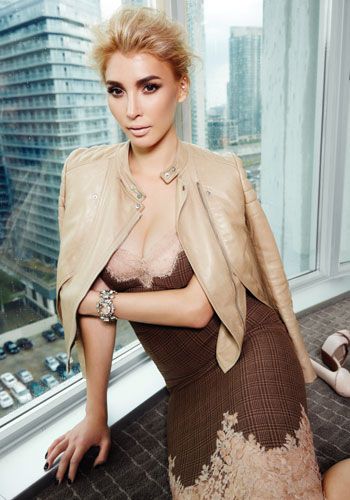 Meghan Young — December 19, 2013 — Fashion
References: ellecanada & refinery29
Share on Facebook Share on Twitter Share on LinkedIn Share on Pinterest
The ELLE Canada 'Fierce Competitor' editorial is appropriately titled. It stars transgender model Jenna Talackova, who was publicly disqualified from the 2012 Miss Universe Canada pageant after it was found out she was born as a male. She is now being given a voice, from the very country that tried to silence her before, in a very chic way. She tells the publication, "You know, you need to be real with yourself, and you need to realize that it’s not a mistake. You have an amazing life to live--live it the way you want to.”

Appearing in the January 2014 issue of the magazine, the ELLE Canada 'Fierce Competitor' editorial was shot by photographer John Van Der Schilden. For those who want to see more of Talackova, she will be starring in a reality show, 'Brave New Girl.'
5.5
Score
Popularity
Activity
Freshness
Jeremy Gutsche Keynote Speaker