The Selling of Celebrity 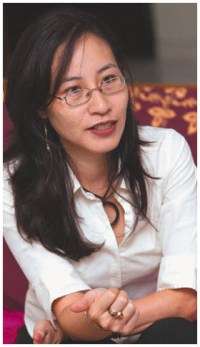 Will Elizabeth Wong Be the Carla Bruni of Malaysia?

After very sexy personal photos of her surfaced, she responded, “I have done no wrong. I wish to state that I am not ashamed of my sexuality as a woman and as a single person. I have broken no law. I stand by the fundamental principle of a democracy that everyone has a right to privacy.”

Following that, Elizabeth Wong offered to agree to step down from her political position. If things are in Malaysia as they are in the west, however, Elizabeth Wong could experience the Paris Hilton effect and she could “soon be the biggest thing to hit Malaysia this side of Hollywood,” according to NST.
6.3
Score
Popularity
Activity
Freshness
Attend Future Festival