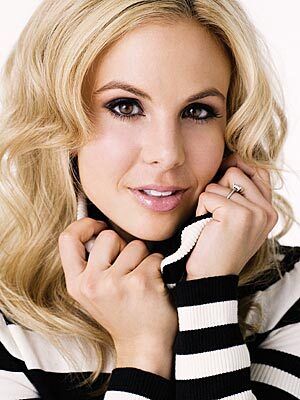 Elisabeth Hasselbeck, the 31 year old View Hostess, has never been one to hide her opinion. The video shows Hasselbeck’s public Michelle Obama burn, after Obama had made it crystal clear there were certain topics she did not want discussed on air.

“Cindy came into our hair and makeup room, fresh as can be, and unlike another wife of a political candidate who shall remain nameless, she didn’t come with a list of topics that we weren’t allowed to touch. No. That’s because she has nothing to hide,” she said on the View.

Elisabeth Hasselbeck hasn’t held back at all in making it publicly evident that she is very much pro-Palin.

“All I can say is cover is off the ball,” she said of Sarah Palin. “She knocked it out of the park. She addressed everything dead on. Not afraid. She is a true American. I am — I am thrilled with Senator McCain’s choice.”

The former Survivor: The Australian Outback contestant previously sweat under the media spotlight for similar remarks back in January, at which point she and her co-hosts had discussed the odds of a female vs. African-American president.
6.1
Score
Popularity
Activity
Freshness
View Innovation Webinars