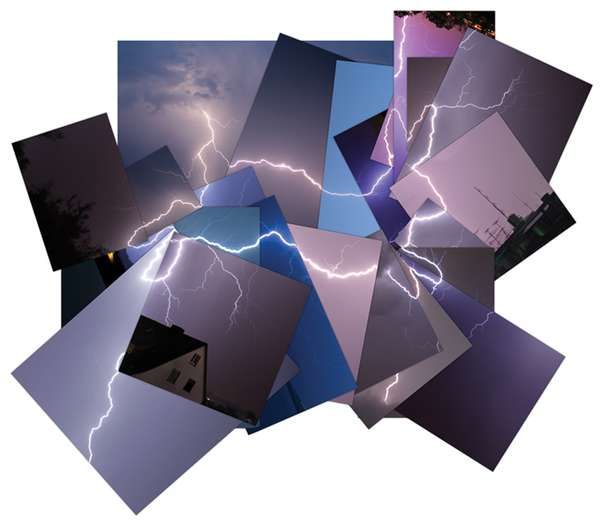 Andrew Loh — November 16, 2011 — Art & Design
References: sites.google & mymodernmet
Share on Facebook Share on Twitter Share on LinkedIn Share on Pinterest
The Cassandra C. Jones series of connected lighting strike art is mind-blowing and impressive. The San Franciscan artist’s latest creative work reminds me of the preschool connect the dots worksheets one was given as a kid, but this one is much better.

The Cassandra C. Jones series gathers a collection of photographs depicting lightning cutting across the skies and meticulously arrange them on top of one another, so that the lightning in one photo connects with that of another. Once complete, viewers would be greeted by the silhouette of mammals, such as rabbits and squirrels, as well as the shape of perfect circles.

“The series’ objectives are to present a coexistence between order and chaos and to question what it means to organize and interpret imagery in the digital realm, where the archives of visual information are in a constant state of growth and evolution”, as quoted from My Modern Met.
1.5
Score
Popularity
Activity
Freshness
Get Better and Faster