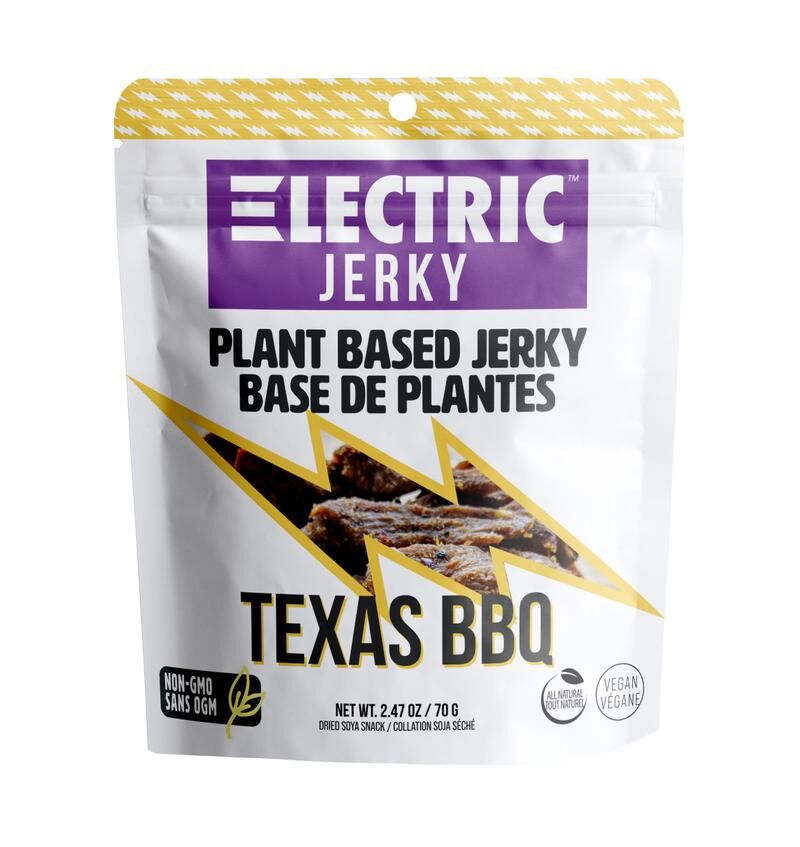 Laura McQuarrie — September 30, 2020 — Lifestyle
References: electricjerky & vegnews
Share on Facebook Share on Twitter Share on LinkedIn Share on Pinterest
There are tons of different kinds of plant-based jerky snacks that have been created to satisfy snackers but ELECTRIC Jerky sets itself apart as one that was "created to mimic the brain's psychological response to eating meat." Made with a base of soy, the product boasts a proprietary natural and non-GMO vegan beef flavor and can be purchased in varieties like Sriracha, Sesame Teriyaki, Texas Smokey BBQ and Original.

ELECTRIC Snack Brands was created by a group of friends and researchers from the biotech and food technology startup industry. Unlike many meat products that are meant to be consumed with other foods, jerky stands on its own. As co-founders Danielle Capri described to VegNews, "There are a lot of great plant-based products out there, but to truly win over meat eaters, we need to appeal to them on a more ‘primal brain’ level."