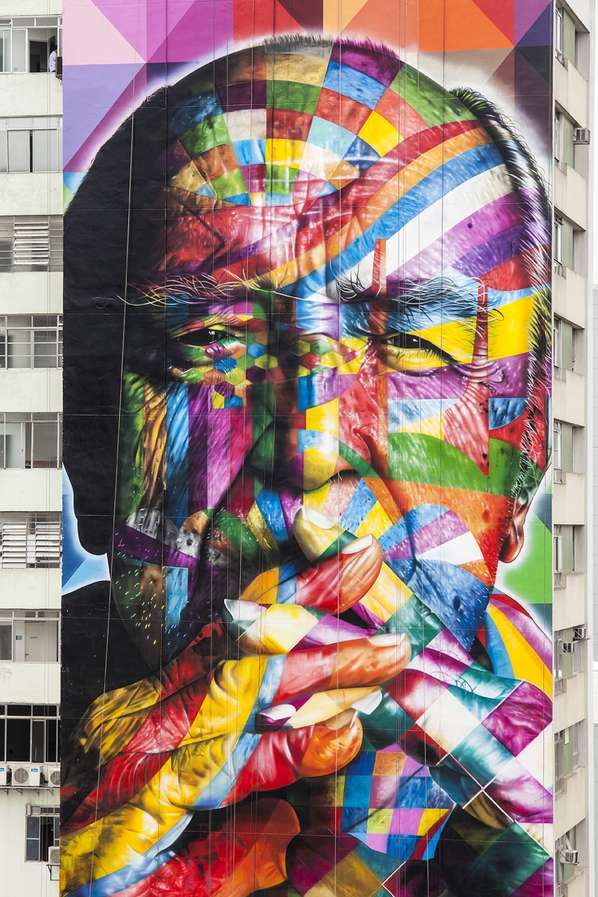 Ariel Weber — February 14, 2013 — Art & Design
References: arrestedmotion & designboom
Share on Facebook Share on Twitter Share on LinkedIn Share on Pinterest
Artist Eduardo Kobra, well known for his large-scale mural paintings, has gone back to his home country of Brazil to commemorate the famed architect Oscar Niemeyer. The beautiful and intricate self-portrait of the late architect, who passed away last December at the age of 104, was made to commemorate all of the work and contribution he had made.

The 52 meter-tall mural is situated on one side of a skyscraper on Paulista Avenue, which is one of Sao Paulo’s most populated streets. With the help of himself and four other artists, the final piece has finally come to fruition. The incredibly detailed portrait of the architect shows him with his fingers crossed in contemplation while a rainbow of colors and geometric patterns were used to not only symbolize his exuberant personality, but also paid tribute to his iconic designs.