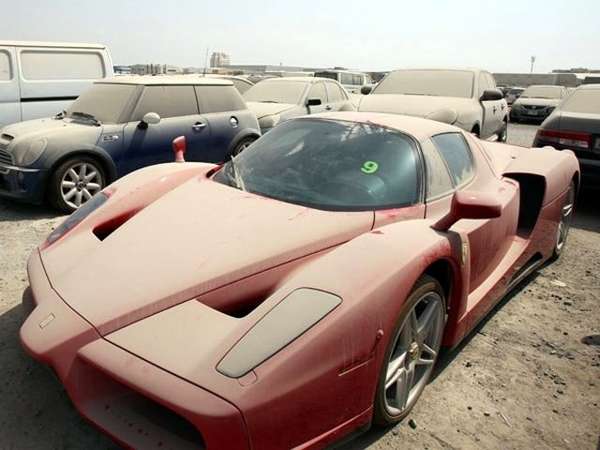 Luxury Vehicles Are Deserted Amidst Economic Problems in Dubai

Michael Hemsworth — May 30, 2013 — Autos
References: zawya & messynessychic
Although the city is known for exuberant wealth and prosperity, the economic problems in Dubai have lead to luxury vehicles being abandoned in the Dubai International Airport parking lot by fleeing residents. Speaking of the Dubai economy, London-based Capital Economics explains that, "the scale of the liabilities accumulated in the boom years means that Dubai's debts are likely to cast a cloud on the horizon, leading to periodic bouts of market volatility."

Photos of abandoned vehicles have been popping up across the Internet from photo journalists to travellers visiting the prosperous city. While the various snaps seen here range from several years ago to the present, it's a vivid glimpse behind the glitz the city is known for and is catching the attention of people worldwide. Although some forecasters might believe that the city is out of the uncertain times, it's clear that keeping an eye on the economic problems in Dubai is a must for everyone across the globe.
7
Score
Popularity
Activity
Freshness