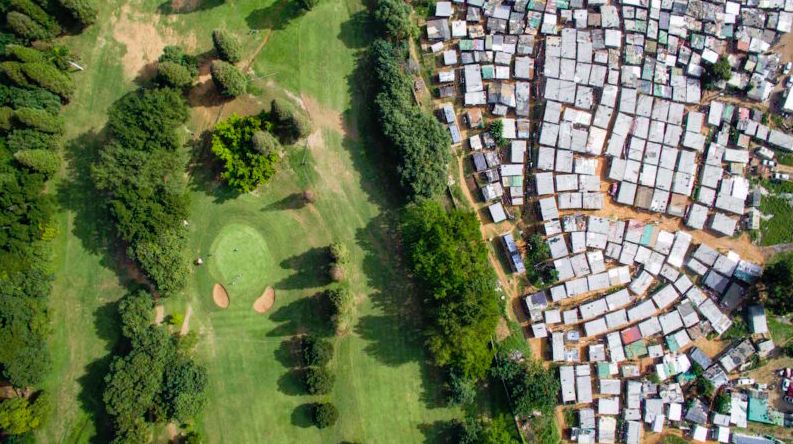 This Photography Reveals the Economic Disparities in South Africa

By taking drone photos of the Masiphumelele community as well as others outside of Cape Town, South African photographer Johnny Miller poignantly captures the deep economic inequalities that make up the country. The economic disparities are part of the country's long and continued history of colonialism, racism and apartheid and the pictures are as shocking as they are captivating. While most of these photos reveal lush settings with large houses and spacious plots of land on one side, their other side will show densely populated and decrepit housing -- often these two areas will be separated by a thin stretch of road or an electric fence.

While the apartheid in South Africa is over in the legal sense, it remains deeply rooted in the country's economic and social structures. The stark differences of these disparities and inequalities are revealed through John Miller's simple but distressing photography.
6.3
Score
Popularity
Activity
Freshness
Get Better and Faster