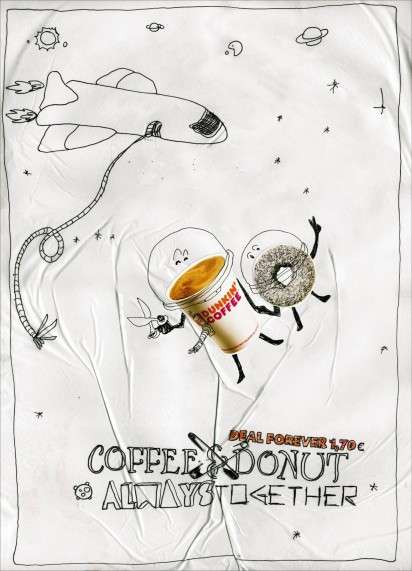 Meghan Young — June 7, 2012 — Marketing
References: jwt & ibelieveinadv
Share on Facebook Share on Twitter Share on LinkedIn Share on Pinterest
The Dunkin' Donut Coffee Shop ad campaign is hilariously touching. It promotes its "deal forever 1.70 euros" through a series of images that chronicle the relationship between its coffee and donut. Through thick and thin, cryogenics and space adventures, these two stick together like Bonnie and Clyde, Sunny and Cher as well as Jay-Z and Beyonce. It reads, "Coffee & Dunut Always Together."