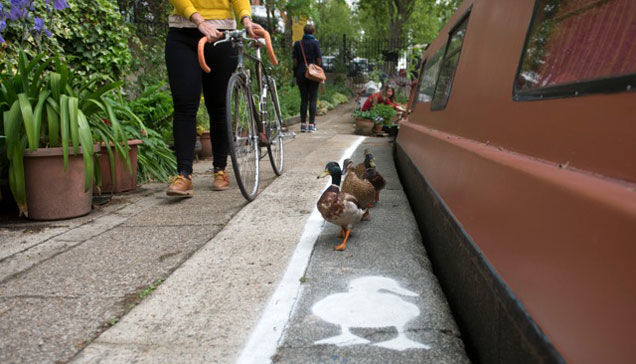 The Canal & River Trust Launched a Space-Sharing Campaign in England

Alyson Wyers — June 18, 2015 — Unique
References: canalrivertrust.org.uk & springwise
It remains to be seen whether the animals will abide by the rules of the road, but in England there is now such a thing as designated duck lanes. The English canal-adjacent towpaths encourage other humans to me aware of the animals who are often found on the pedestrian and cyclist walkways. The Canal and River Trust launched the campaign, along with the tag line 'share the space, drop your pace.'

The duck lanes can be found throughout London, Manchester and Birmingham. With a goal of preserving the unique and calm environment of the towpaths, the Canal and River Trust created the lanes with duck-shaped road symbols spray painted on the paths and the hashtag #sharethespace.
2.1
Score
Popularity
Activity
Freshness

Spontaneity-Encouraging Promenades
The Stranden Waterfront is Refurbished by Link Arkitektur