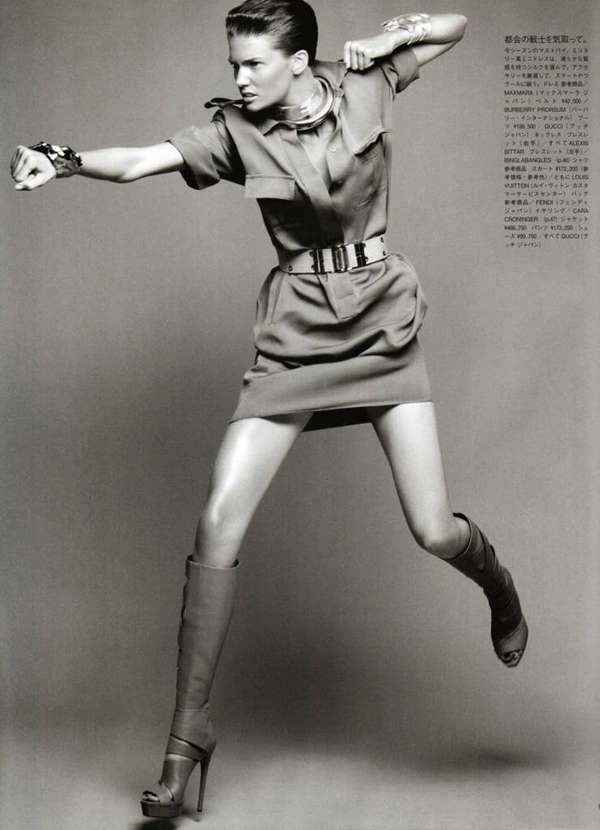 Models are 'Dressed for Battle' in Vogue Nippon

Marissa Liu — December 30, 2009 — Pop Culture
References: vogue.co.jp & picsandmodels.blogspot
Missy Rayder and Kendra Spears are ‘Dressed for Battle’ in Vogue Nippon. The editorial that alternates between black and white shots of Spears and colored images of Rayder was photographed by Paola Kudacki for the February 2010 issue of the Japanese magazine.

Aurora Sansone styled ‘Dressed for Battle’ using the season’s khaki and army green colored pieces to give off a clean, classic look with just the right hints of militarism.

Implications - The 'Dressed for Battle' editorial does a good job of telling a story without being over the top. The fashion in the editorial is alluring, ready-to-wear, and sexy. Paola Kudacki is skillful and subtle in his use of lightning, shading, and imagery to accurately give the viewer the perception that they are looking at battle-tested warriors.
4.5
Score
Popularity
Activity
Freshness