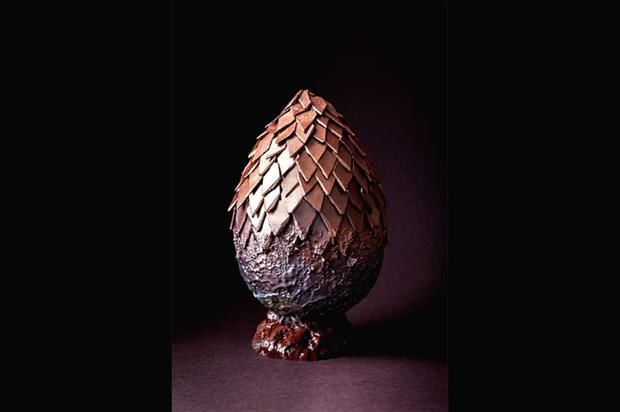 Rebecca Byers — March 8, 2016 — Lifestyle
References: eventmagazine
Share on Facebook Share on Twitter Share on LinkedIn Share on Pinterest
This mythical dragon Easter egg has been produced by artisan chocolatier Melt, who will reveal it in a special ceremony at London's Selfridges on Oxford Street. The experiential event will take place on Saturday, March 12, 2016, and will include opportunities for guests to take a selfie with the over-sized dragon egg, which measures an impressive 55-centimeters tall and weighs 15-kilograms.

The event will allow Game of Thrones fans to watch as the Melt team assembles and puts the final touches on the chocolate dragon's egg, which has taken over 25-hours to create thus far. The assembly of the dragon Easter egg at Selfridges is expected to take 2-hours, while the final product will be on display until 4PM that day.

The unique holiday event is sure to generate even more buzz around the cult television series, which is set to debut its sixth season this year.
6.1
Score
Popularity
Activity
Freshness
Access Advisory Services