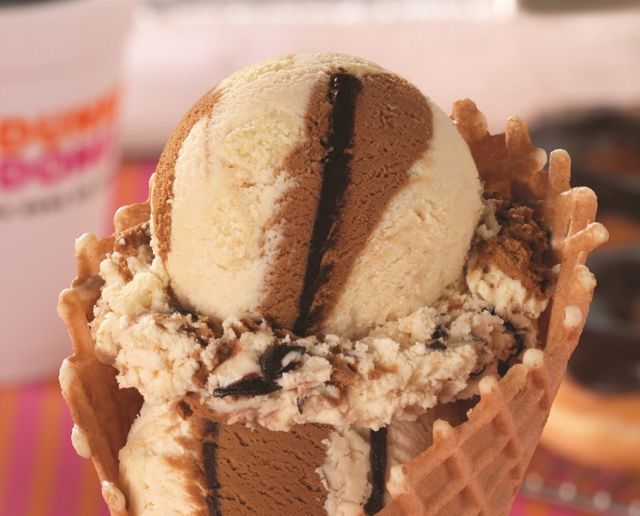 Baskin-Robbins' Latest Flavor of the Month is Coffee N' Donut

Rebecca Byers — June 8, 2015 — Lifestyle
References: brandeating
Share on Facebook Share on Twitter Share on LinkedIn Share on Pinterest
While many have probably thought about having ice cream for breakfast, this coffee n' donut ice cream flavor takes the more realistic route of infusing a bit of breakfast into dessert. The official June 2015 Flavor of the Month, the coffee n' donut ice cream is the product of a fun partnership between Baskin-Robbins and sister chain Dunkin' Donuts.

The coffee n' donut ice cream, which will be available in American Baskin-Robbins locations for the month of June, is a coffee and donut flavor, which also contains donut pieces throughout. The June 2015 Flavor of the Month is available in a cone, cup, as a sundae or in a Cappuccino Blast milkshake.