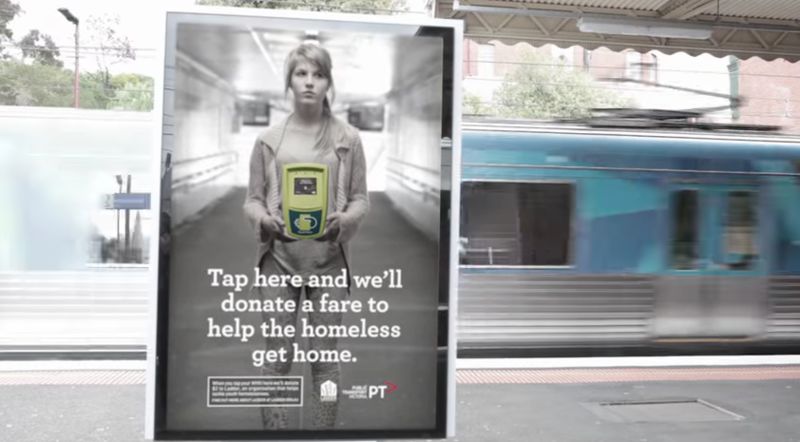 Public Transport Victora Urges Commuters to Donate to the Homeless

Laura McQuarrie — June 22, 2015 — Marketing
References: ptv.vic.gov.au & digitalbuzzblog
When it comes to making an effort to donate to the homeless, people tend to be generous about opening their hearts and their wallets—provided it is easy to do so. In an effort to make this act as easy as possible for people using Public Transport Victoria's services, homeless youth charity Ladder teamed up with the transportation service to devise a clever solution.

Since people are already accustomed to using their MYKI transportation cards in the city of Melbourne, interactive billboards were set up to encourage people to donate with just a simple tap. By presenting itself as a billboard that was convenient to interact with before going on your way, the advertisement makes it easy to tug at heartstrings on the go, leaving you feeling good as you walk away.

Although this idea is perfectly suited for public transportation stations, it could just as easily be adapted for other venues and causes.
3.5
Score
Popularity
Activity
Freshness