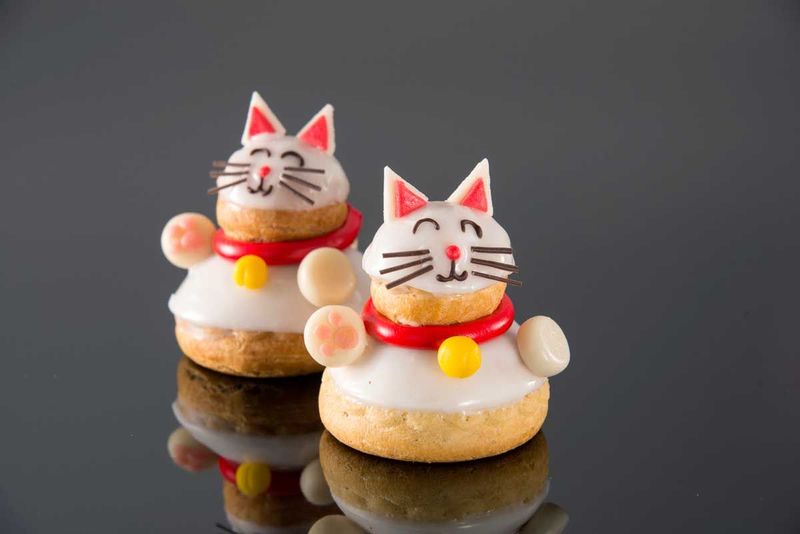 The Dominique Ansel Bakery in Tokyo Touts a Japan-Themed Menu

Laura McQuarrie — July 2, 2015 — Lifestyle
References: dominiqueanseljapan & japantrends
After taking New York City by storm with the invention of the Cronut, a new Dominique Ansel bakery was launched in Japan. At home in the luxurious Omotesando Hills complex, this bakery celebrates anything and everything Japanese with a themed menu. In addition to Cookie Shots and Frozen S'Mores, sweet tooths will be able to sink their teeth into special Asian-inspired Cronuts and pastry Maneki Neko figurines.

The three-storey building is separated into two spaces for dining and a third for cooking. Paying tribute to its New York roots, dining areas take inspiration from city subway stations.