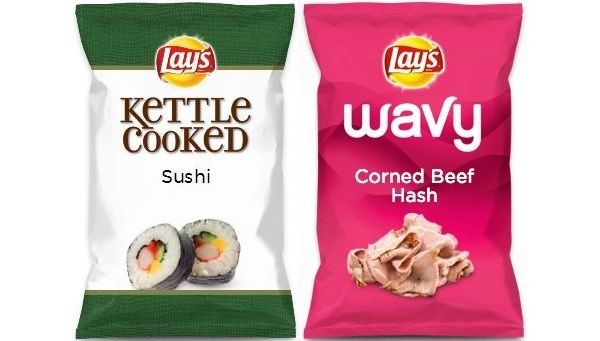 Lay's Do Us a Flavor Contest Suggests Some Strange Combinations

Laura McQuarrie — January 28, 2014 — Marketing
References: dousaflavor & foodbeast
Corned Beef Hash, Beer Bread and Apple Pie with Cheese are a few of the fan-suggested flavors that are currently in the running for Lay’s 'Do Us a Flavor' contest. The winner of the competition will be awarded a prize of $1 million, as well as bragging rights from being able to see their unusual chip flavor in stores.

Last year, Cheesy Garlic Bread came out on top and was seen in stores throughout 2013. This year, Lay’s is letting fans propose new flavors for its Original, Kettle Cooked and Wavy chip types and it will have four finalists as compared to last year’s three.

More strange flavors will continued to be added to the mix until submissions are closed on April 5th, 2014. How keen are you to try chips that taste like Bacon and Roasted Marshmallow?
5.5
Score
Popularity
Activity
Freshness