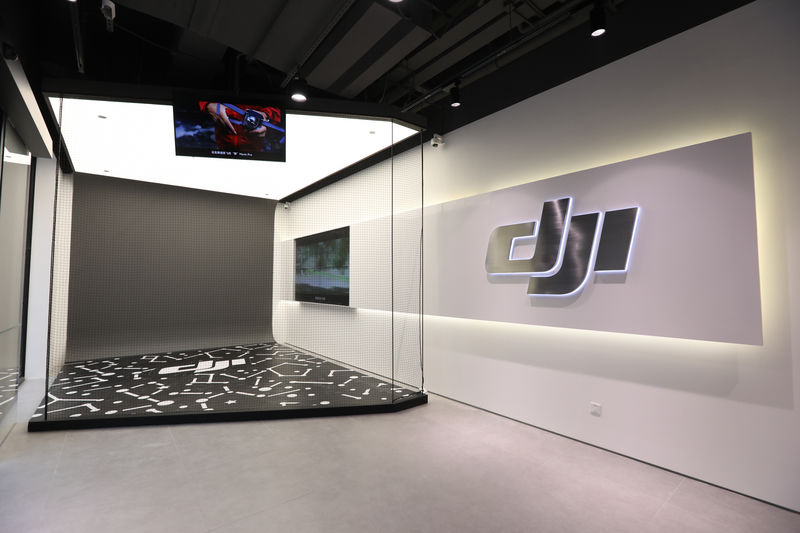 Joey Haar — January 23, 2017 — Tech
References: dji & chinaretailnews
Unmanned aerial vehicles, also known as drones, have been increasing in popularity recently, and the DJI Shanghai flagship location is a response to those increased sales. The store recognizes the unique necessities that abound when purchasing a drone, and it offers consumers many ways to feel confident when they make their decision.

The most notable aspect of the DJI Shanghai flagship is its flight cage. Enclosed by floor-to-ceiling netting and measuring at 20 square meters, the cage is a space for consumers to safely test out the drones without having to leave the store. Cleverly, the flight cage is visible from the street, presenting passersby with a tempting spectacle that is likely to increase foot traffic entering the store.