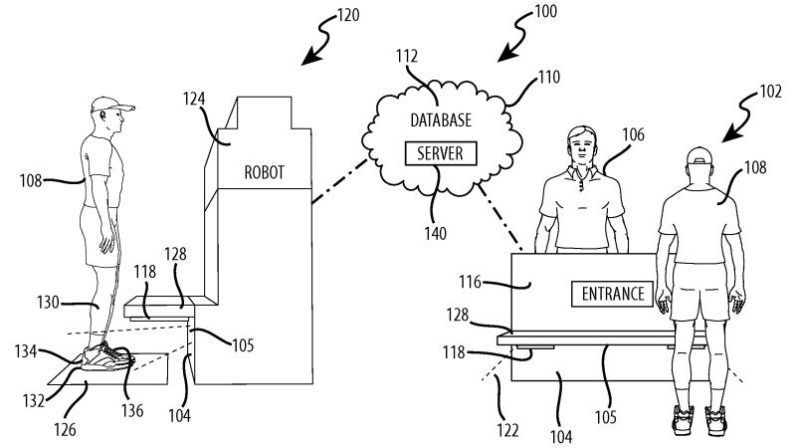 Joey Haar — August 1, 2016 — Tech
References: patft.uspto.gov & thenextweb
Share on Facebook Share on Twitter Share on LinkedIn Share on Pinterest
A new Disney patent plans to use robots to take pictures of the shoes worn by visitors to the company's theme parks then use that information to create a tailored guest experience. According to the patent, the system will incorporate robots that snap images of each guest's shoes at various sites around the park, tracking that guest's movement throughout the course of a day to gain a better understanding of how they spend their time.

The Disney patent chose shoe-recognition over facial recognition because, according to the patent, "shoe styles typically vary widely in appearance and color, helping to reduce confusion for the system in identifying a particular person." From a cyber security standpoint, the other benefit of a shoe-based system is that Disney won't gather a giant database of facial recognition images, as such a database would raise serious privacy concerns.
2.1
Score
Popularity
Activity
Freshness
Access Advisory Services