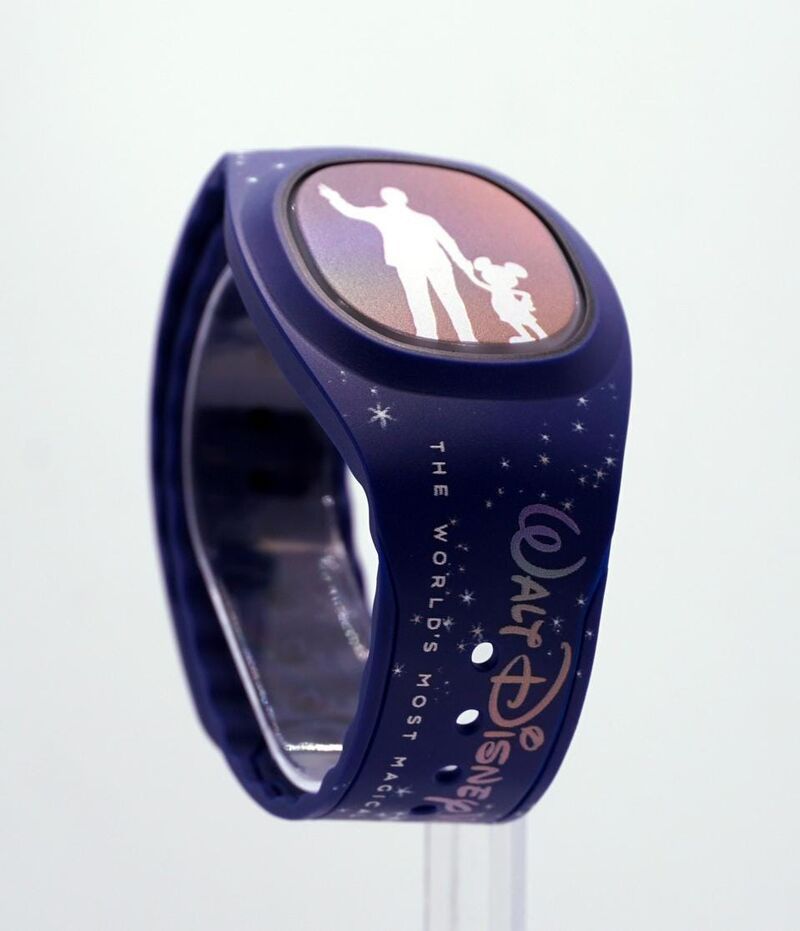 Niko Pajkovic — October 11, 2021 — Tech
References: disney & forbes
Share on Facebook Share on Twitter Share on LinkedIn Share on Pinterest
Disney has announced the launch of the 'MagicBand+,' an upgraded wearable device that will provide Disney Theme Park attendees with greater levels of interactivity. The new wearable comes as an updated version of the 'MagicBand,' which was first released in 2013.

Much like the original model, the 'MagicBand+' will be provided to guests upon their arrival to the parks and will be used to unlock hotel doors, scan and gain entry to rides, and pay for food and merchandise. However, the new version adds interactive elements meant to heighten the entertainment experience of the parks as well. For example, one feature invites guests to participate in a virtual bounty hunt around 'Star Wars: Galaxy’s Edge' at Disney’s Hollywood Studios.

In addition, the 'MagicBand+' wearables will have newly added physical elements, including vibrations and glowing lights that respond to the theme park environment.