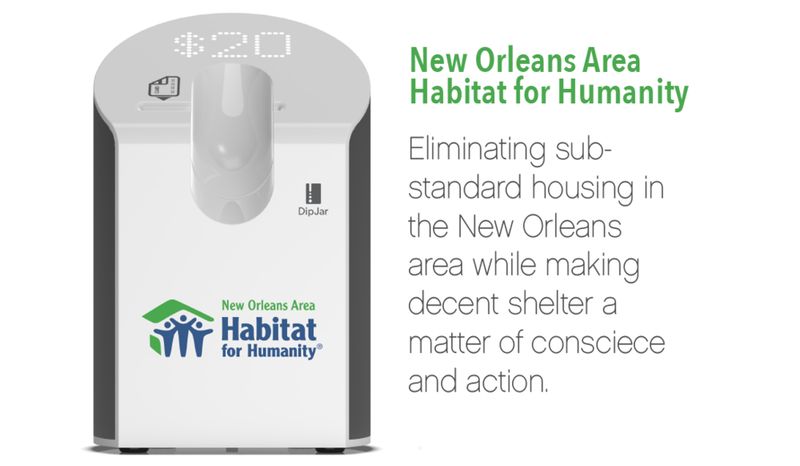 DipJar Has Been Updated to Make Charitable Donations Easier

Jana Pijak — February 7, 2019 — Social Good
References: dipjar
Share on Facebook Share on Twitter Share on LinkedIn Share on Pinterest
Established in 2014, DipJar started as a digital tip jar that aimed to make gratuities more accessible to baristas and other service professionals whose customers didn't always carry cash. "What started as a way for baristas to accept cashless tips eventually transformed into a way for nonprofits to revolutionize how they accept in-person donations."

Taking its digital tip jar concept to greater heights, DipJar has since become a valuable resource for nonprofits and has collaborated with thousands of organizations and initiatives including Starbucks, Dress for Success Boston, New Orleans Area Habitat for Humanity and many more.

In addition to creating a digital tip jar that boasts customized branding for each organization, the DipJar team prides itself on its customer service, offering free fundraising guidance throughout the year. Additionally, the company recently launched its DipCast software which tracks donations in real time and maps where funds are going specifically through engaging visuals that are ideal for events and presentations.
1.4
Score
Popularity
Activity
Freshness
Get Trend Hunter Dashboard