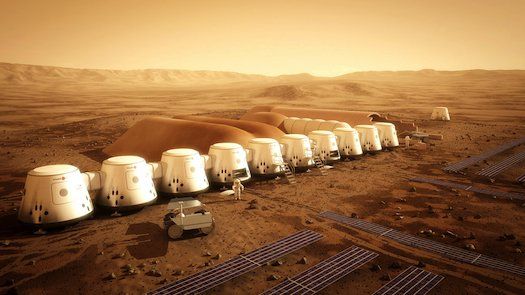 Thousands Applied to Live on Mars with Mars One

Sarah Dos Santos — September 17, 2013 — World
References: dailymail & geekologie
Share on Facebook Share on Twitter Share on LinkedIn Share on Pinterest
Over 200-thousand people applied to travel on a one-way mission to die on Mars. Are you shocked? According to Mars One, the plan is to have a human community on Mars within the next 10 years. Only 24 to 40 candidates will be chosen for a seven-year training program in 2015.

Despite being a planet where temperatures drop as low as -150 degrees Celsius, Mars is still the red planet that thousands are raving to spend the rest of their lives on. The last round of selection will include challenges that will be broadcasted through the media, in a reality TV show manner.

The show would fund the $6-billion mission to send the first group to Mars where they will begin their new life. “They will make their own holidays, their own laws. We need to send mature people, because we won’t be telling them what to do,” said Norbert Kraft, the chief medical officer and head of the astronaut selection program.