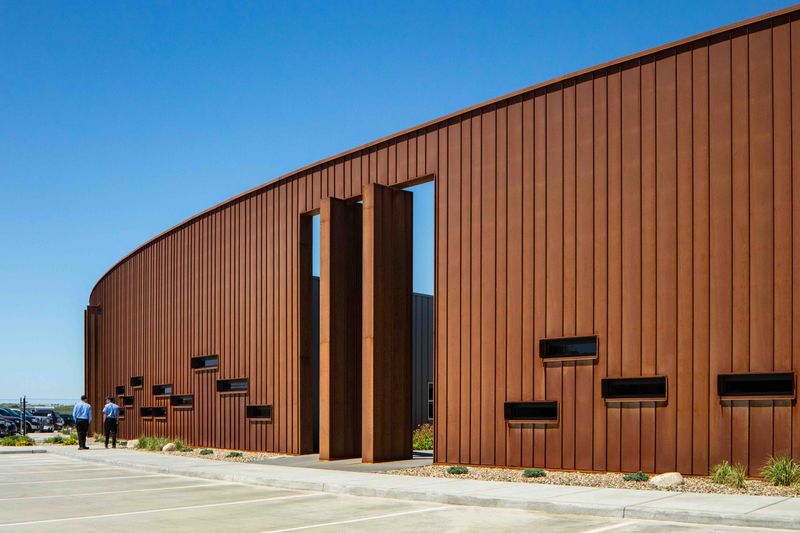 Joey Haar — December 29, 2016 — Art & Design
References: rothsheppard & archdaily
The Dickinson Public Safety Center in North Dakota features a fortress-like design that is inspired by the indigenous architecture of the region. The center, which houses Dickinson's police and firefighting departments, features a massive ochre wall with slats that look like embrasures and sections that act as doors cut into the entirety of the structure.

Despite its militaristic appearance, the Dickinson Public Safety Center is inspired by the local Native American history. The Mandan villages in the area that were built on a slant, with water above them, were protected by tall rounded fences. The arcing shape of the Dickinson Public Safety Center's wall is a nod to that design quirk. Further, Dickinson's town nickname is "The Western Edge," and the wall hopes to evoke this edge concept.
2.8
Score
Popularity
Activity
Freshness