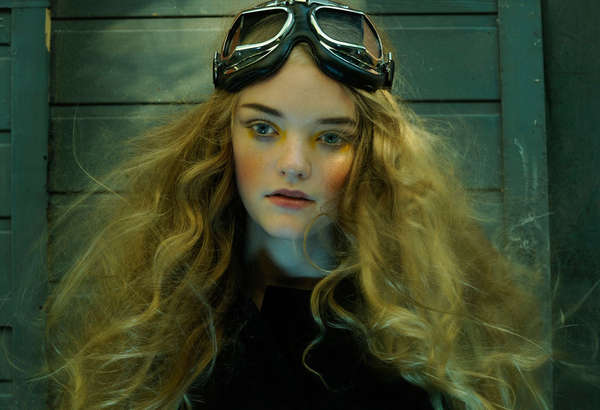 Meghan Young — January 30, 2013 — Fashion
References: remirebillard & fashionising
Share on Facebook Share on Twitter Share on LinkedIn Share on Pinterest
The Denaturation De L'enfance photo series, which means 'Denaturation of Childhood' in French, deals with the loss of innocence. Darkly romantic, there is a weariness in model Alexandra's eyes that should not be there on account of her blushing youth. Of course, the series addresses the idea that many children are forced to grow up faster than others due to unfortunate circumstances.

Playing on Alexandra's doll-like beauty, which is part of the photographer's signature style, the Denaturation De L'enfance photo series also comments on the debate surrounding young models. Shot by Remi Rebillard and styled by Mark Williamson, the photoshoot ages her soul rather than her physical appearance. Although appearing mature beyond her age, it is portrayed so in a more tasteful and thus acceptable way.
5.7
Score
Popularity
Activity
Freshness
Jeremy Gutsche Keynote Speaker