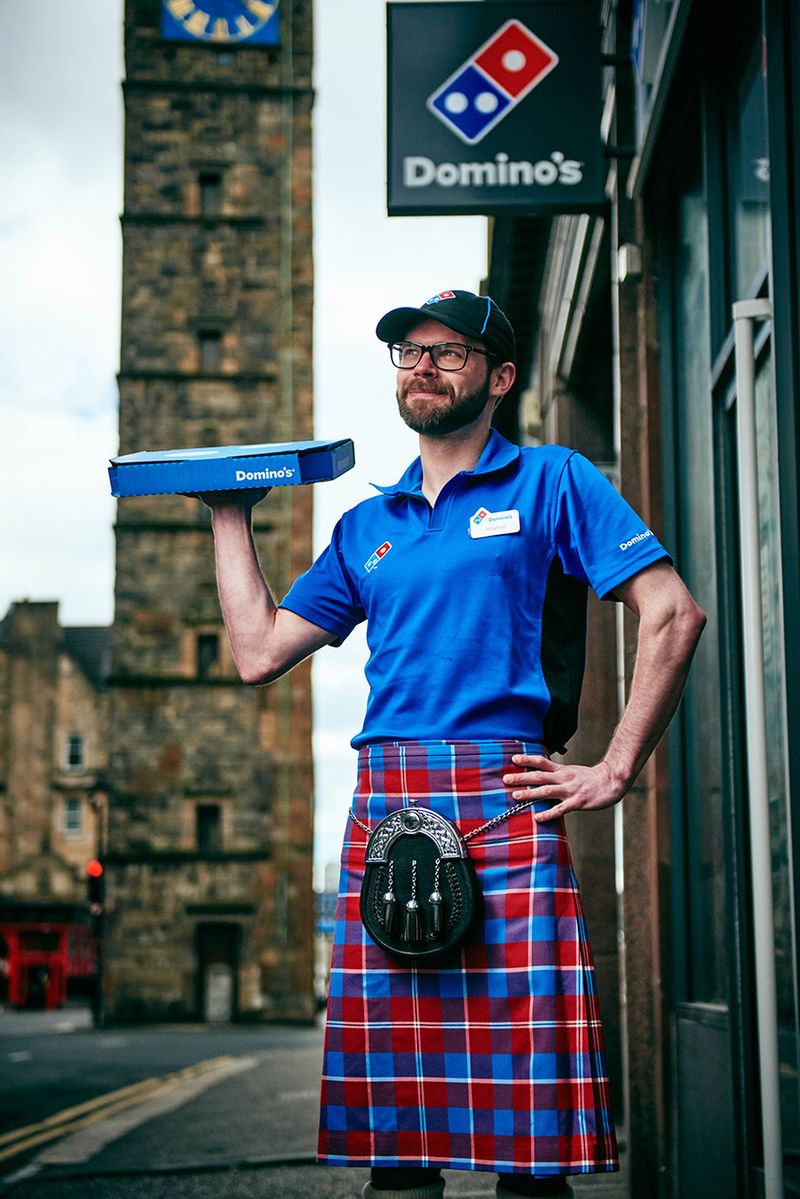 Kilts are Now the Official Delivery Uniform of Domino's in Scotland

The introduction of these kilt uniforms and the brand's official new tartan are helping to celebrate the opening of a new Domino's location in Glasgow. For the stunt, Domino's commissioned a local designer to create a special Domino's tartan with a pattern in red, white and blue. The new tartan from Domino's has been officially added to the Scottish Register of Tartans. The idea began by polling Domino's Scottish staff, 67% of which said that they would wear a kilt to work, and 12% of which already have.