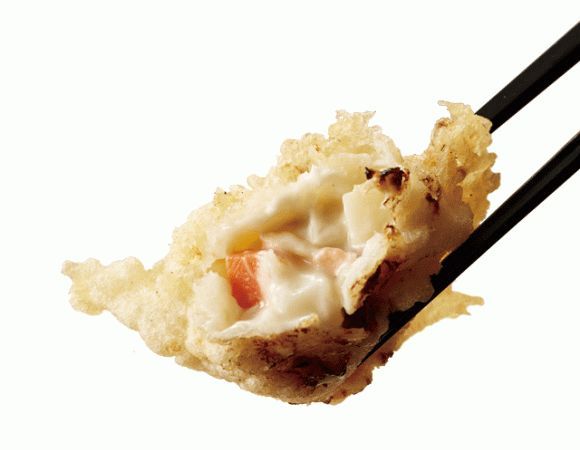 The unique tempura bowl includes thick slices of battered bacon, as well as pieces of chicken, but it also contains a more unusual addition. Some deep-fried pieces in the bowl also include clam chowder tempura, which encases ingredients like clam, potato, onion, chowder broth and carrots in a crispy coating. In all, those who place an order for the new Bacon Chicken Tempura Bowl at Tenya should expect a unique range of tastes and textures.