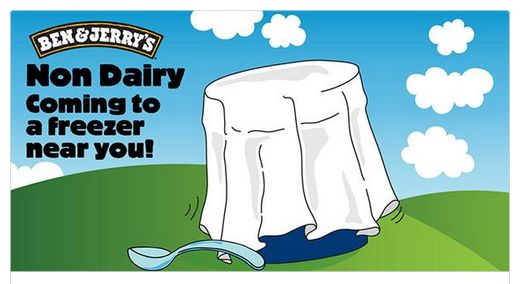 Meghan Young — June 17, 2015 — Lifestyle
References: benjerry & refinery29
Share on Facebook Share on Twitter Share on LinkedIn Share on Pinterest
It's been a long time coming, but Ben & Jerry's is finally releasing a series of dairy-free ice cream that will help them tap into a whole new market. Granted, the company's customers have been asking for dairy-free options for some time now. Nevertheless, its flavour gurus have been taking care to create something that's on par with its current offerings.

Since the dairy-free ice cream was announced earlier than expected, people won't be able to expect to test them out until next year. Still in its testing phase, a statement from Ben & Jerry's explains, “We've been working on this for quite a while, and want to make sure these flavors live up to what Ben & Jerry's is known for: enormous chunks, delicious swirls, and a commitment to values-led ingredient sourcing."
1.2
Score
Popularity
Activity
Freshness
Get Better and Faster