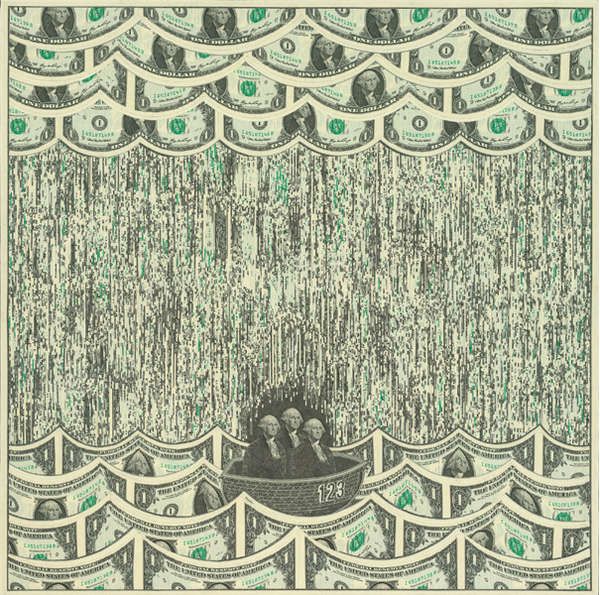 These Dollar Bill Collages by Mark Wagner are Financially Creative

With so many easily identifiable images from the American dollar bill such as George Washington's visage, the uniform green color and the artwork made out of dense lines, Wagner's currency collages take the dollar bill design into new exciting directions. The collages are loaded with social commentary as well as beautifully haunting images cobbled together solely through the design of American currency. It's also impressive that Wagner was able to include such social commentary without resorting to using the seeing eye pyramid on the back of the bill that many associate with the Illuminati and government control.

Wagner himself describes his work the best when he says, "blade and glue transform it-reproducing the effects of tapestries, paints, engravings, mosaics, and computers -- striving for something bizarre, beautiful, or unbelievable… the foreign in the familiar."
1.8
Score
Popularity
Activity
Freshness
Attend Future Festival