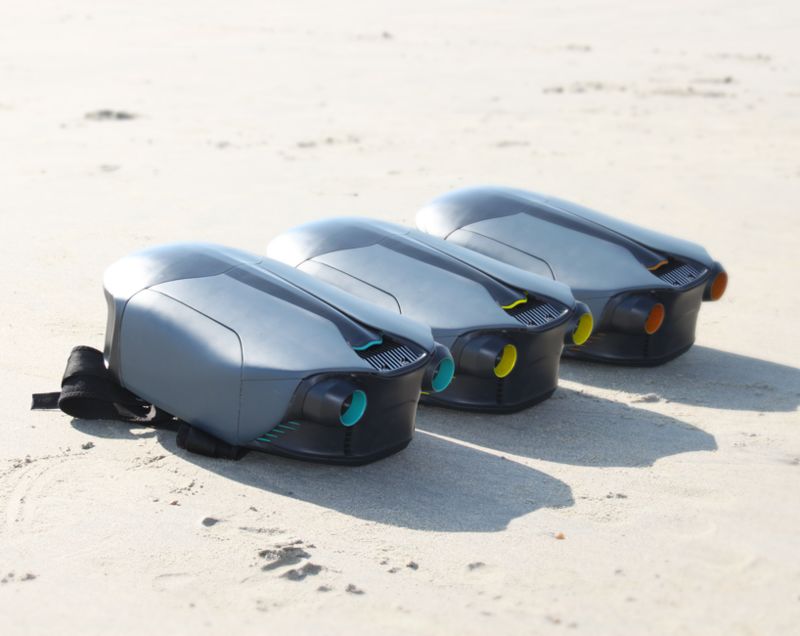 Justin Lam — July 12, 2018 — Unique
References: 3dhubs & gizmodo
Share on Facebook Share on Twitter Share on LinkedIn Share on Pinterest
Visions of the future often include people traveling around in jetpacks and thanks to the CUDA jetpack, this future may not be too far off. To be fair, the jetpack can't quite get people flying through the air but it does allow users to propel themselves through the water at about eight miles per hour. Created by British University student Archie O'Brien, a functional prototype of the CUDA jetpack took just a single year to design and build.

According to O'Brien, his creation was quickly realized thanks to dozens of 3D-printed components that could be modified and reprinted easily as the CUDA jetpack was further refined.

Much like a jet ski, the CUDA jetpack works by sucking in water and blasting it out the back at higher speeds. However, a key innovation applied to the CUDA allows the device to feature a more compact propulsion system that doesn't sacrifice any power.
7.6
Score
Popularity
Activity
Freshness
View Innovation Webinars